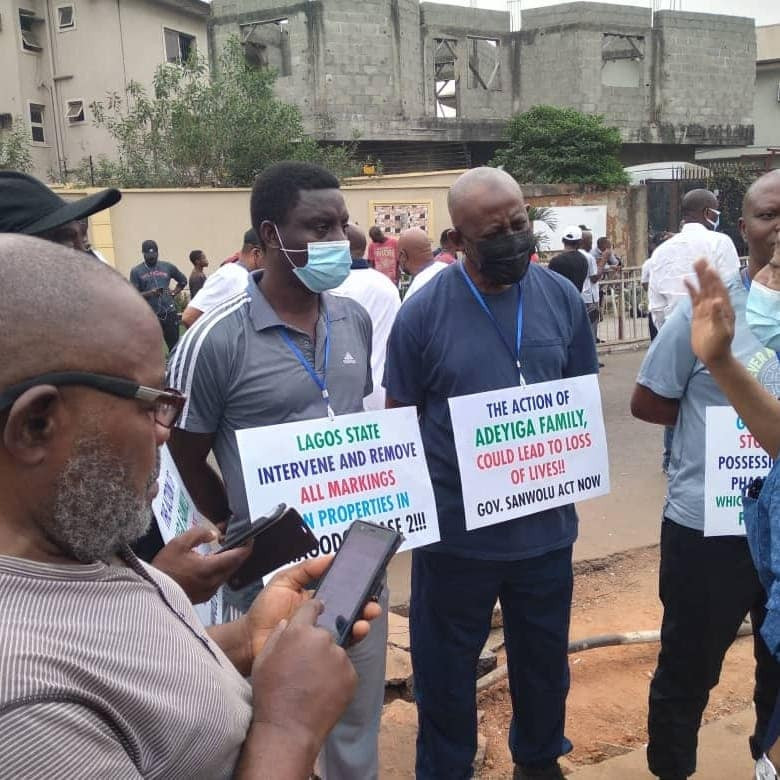 Oyogist has learned that hundreds of Residents in Magodo Phase 2 had staged a protest Earlier today, January 4 2021, calling on Gov. Sanwo Olu to come to their aid following the continuous presence of armed policemen in the estate and the planned demolition of properties.

Earlier in December 2021, a group of armed police officers stormed the estate after a family in Lagos state said they had a court injunction to reclaim the land in which some of the houses were built.

The Lagos state government described the invasion as unwarranted and vowed to prosecute all those involved.

Speaking during the protest the Chairman of Magodo Residents’ Association, Bajo Osinubi, said;

” This is a business between the Lagos State government and the Adeyiga family. We are under siege; the police have been here for two weeks, they came in December to take possession of properties on behalf of Adeyiga family and others.

“Our immediate concern is to get the police out of the estate for us to leave in peace. We need the government to do the needful to get the family off our neck. About four to five years ago, they did it, and now again this year, they want to do it.”