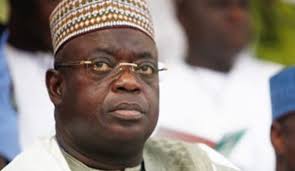 Oyogist has learned that a former Governor of Niger State, Babangida Aliyu, has urged the Presidential candidate of the All Progressives Congress, APC, Bola Tinubu, not to waste his time and resources in contesting for president.

According to Aliyu, Tinubu should have supported a younger candidate like the Governor of Ekiti State, Kayode Fayemi to win the party’s presidential ticket.

“Bola Tinubu a good friend, I don’t think he should waste his time now, and I think he should reserve his resources for another thing and I thought that it would have been better for him to have sponsored younger people into this win. He has the governor of Ekiti, Fayemi, he has other young people that he could have sponsored and allowed it happen, no matter what he thought he could do to Nigeria, these people would do it better,” Aliyu said.