Copyright 2021 - All Right Reserved
Home Lagos WATCH: Two Men Destroy Their Vehicles After An Altercation On A Busy Road in Lagos
LagosLifestyle

WATCH: Two Men Destroy Their Vehicles After An Altercation On A Busy Road in Lagos 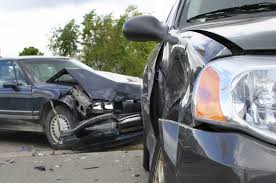 Two aggrieved men had to resort in destroying their vehicles after they collided with each other on a Lagos road, Oyogist reports.

The devastating incident occurred near a school, as one of the drivers mistakenly hit the other with his vehicle while driving.

Reacting, the aggrieved nan got down from his car and rained heavy insults on the reckless driver for hitting his car.

Not done yet, he brought out a stick from his truck and damaged the man’s car beyond imagination.