Young Man Melts Hearts, Reveals How He Took Up Parental Responsibility For Two Kids After Their Mom Died 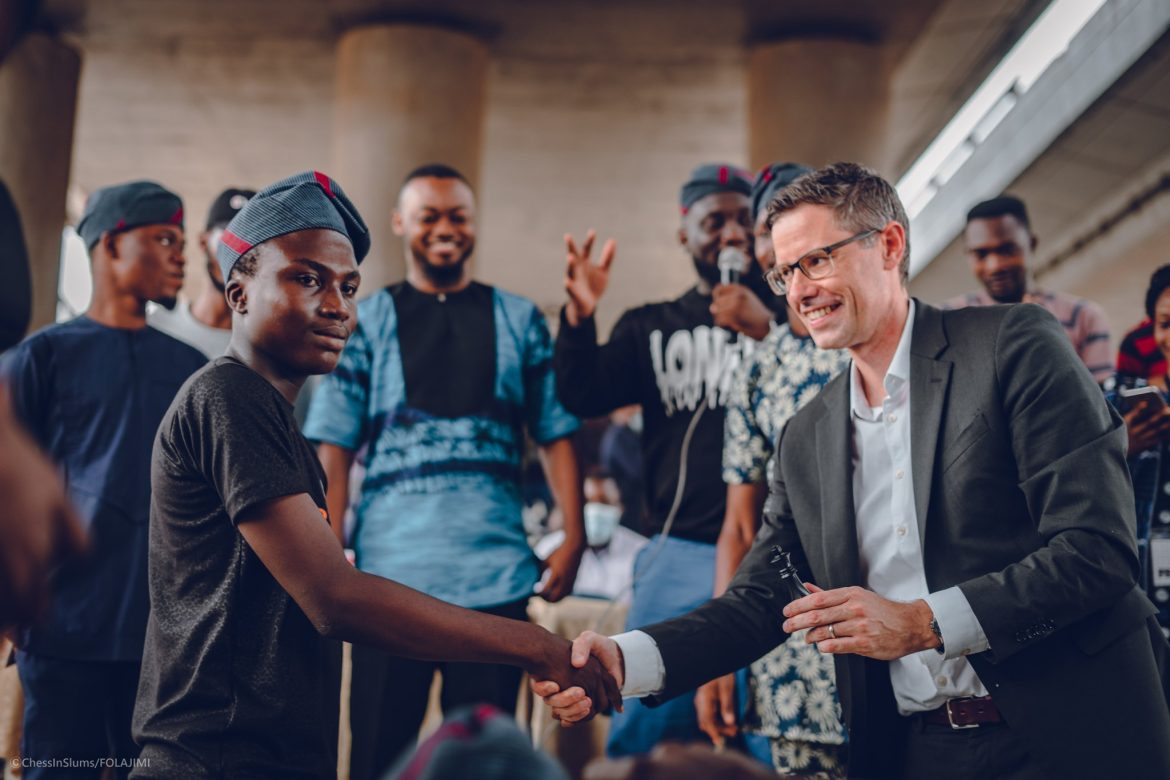 A young Nigerian man on twitter has revealed how he singlehandedly catered for two kids after their mom died of AIDS few years ago, Oyogist reports.

In series of threads shared on his official Twitter page, the young man identified as Tunde Onakoya said on November 2018 he met a boy (Ayomide), who was exceptional during his chess training session in the slums of Majidun, Lagos

“I wanted to meet his parents and tell them how amazing their son was.He took me to a dusty shed where a woman sat calmlyHe hugged her and said that was his mum. “She had such a beautiful smile. I remembered seeing the same smile on her son’s face whenever he won a chess game

“I introduced myself as her son’s chess coach.She went in to explain how she had always wanted to come thank us for the impact on her son’s life. “But couldn’t make it down due to her condition. This was when I realized that her right leg had been amputated.She couldn’t afford a wheelchair, so she used wooden crutches instead.I asked what happened and she narrated this very tragic occurrence.

“October 2017, things had degenerated from bad to worse for her family, her two kids had gone two days without eating anything. Her older son (Jamiu) had a bone infection that caused his right leg to swell and stood a risk of losing the leg if he didn’t get medical attention, he said further.

“Like every good mother, she made up her mind to go out and do anything so her children could at least eat that night.She went to the refuse dump at Ojota Bustop(Lagos Nigeria) to pick out plastic bottles for recyclers.She continued doing this for several weeks.”In that time, she was saving up the little money she made so she could get proper treatment for her ailing son when tragedy struck.The Excavator truck at the dump site lost control and cut through her right leg while she was scavenging for plastic bottles.

“The next few months after that tragic occurrence was hell. She was never taken to the hospital as there was no one to foot the medical bill.She lost a lot of blood and the wound got infected. She was treated locally and had some blood transfusion.

“Their small room was constantly filled with blood and pus. She had just her two sons by her side and a few good hearted neighbors. The kids had to drop out of school.

“Her husband had abandoned them years ago and the boys never really got to know their father.My heart plunged into deep sympathy for this woman, they had it worse than most people on earth.She survived that ordeal and came out stronger. On that day, I committed to being a permanent part of their lives.

“I talked to a few people I knew and we helped them raise money for their rent as the landlord was threatening to evict them.Her older son Jamiu was working as an apprentice in a local mechanic’s workshop.I encouraged him to join his brother at our chess centre on Saturdays.

“September 12, 2019…I got a call from Jamiu crying that his mum was very sick.I dashed down to their house and saw her lying in distress.She had lost a lot of weight and was breathing heavily with trembling hands.I immediately booked a taxi and took her to the hospital. This was my breaking point. I cried.

“A myriad of thoughts flowed through my head as I looked outside the ward where her kids stood barefooted with a distraught look on their faces.

“They were around their mum’s blood a lot and there was a chance they could be infected too.