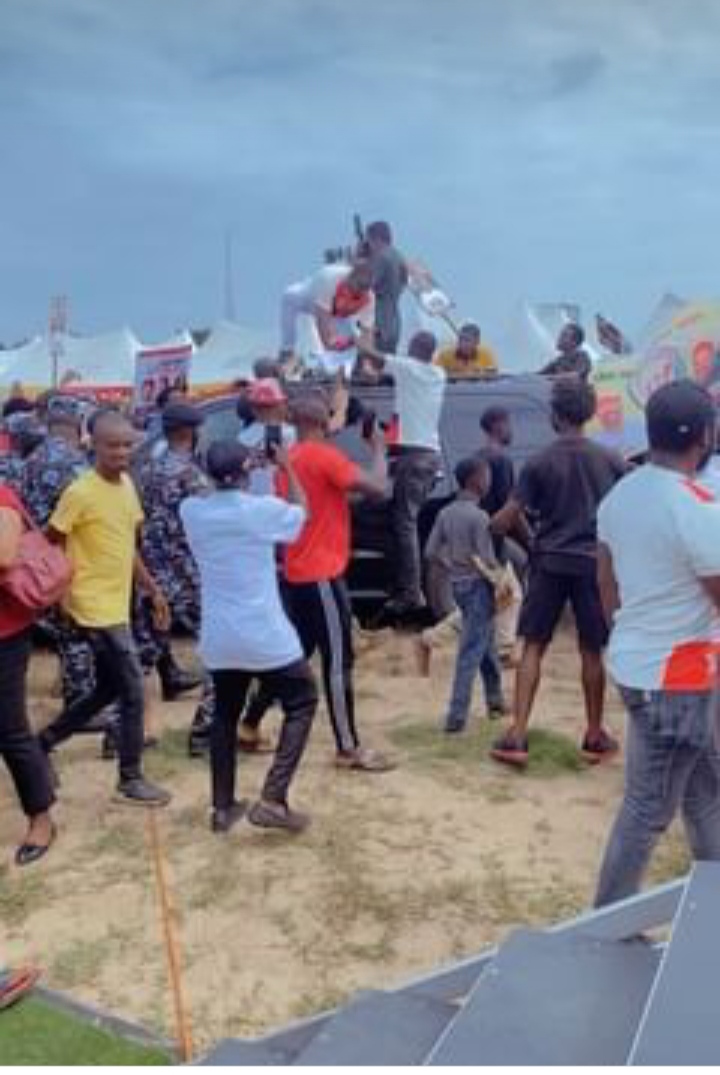 The controversial actor had arrived the venue in the presence of an overwhelming crowd.

While performing, he advised fans who tropped in from far and wide to vote wisely in the forthcoming Governorship election.

Reca few months ago, Zubby had disclosed that he splashed over eight million naira at a party he organised to celebrate his 37th birthday.

The actor, who has established himself as a household name in the Nigerian movie industry took to his Instagram account to share images of his expenditure during his birthday party which was over 8 million naira.

Young Man Melts Hearts, Reveals How He Took Up Parental Responsibility For Two Kids After Their Mom Died