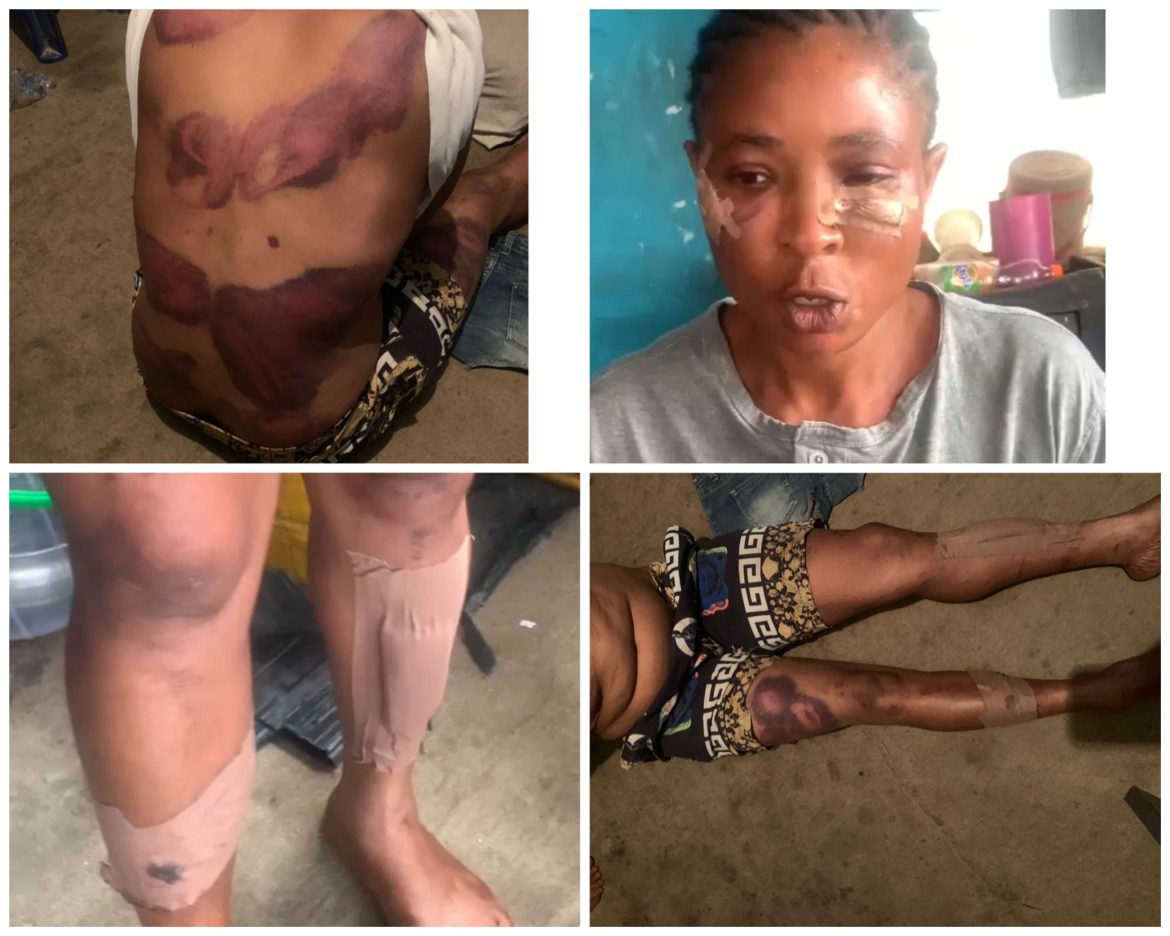 According to reports reaching oyogist.com, Blessing Mba, a woman who was brutalized by @PoliceNG DPO in Osun has been declared missing.

According to sources, Blessing was beaten heavily by police officers few weeks ago when she went in search of her son, 15-year-old Friday, who had not returned home and was found to have been detained by the police.

According to her, she is well-known by the police officers of the station because her house is not far from the station.

She explained that Friday had not returned home as at 1 am on Tuesday after he left home.

“I didn’t bother answering the call I got from one of the officers at the station. When I concluded maybe they have my son in detention, I quickly went to the station.

Blessing was at the station when a police officer identified as Àpápá assaulted her and accused her of carrying ‘sacrifice’ to the station.

It was gathered that Blessing was last seen on Sunday, 26th June 2022.

Blessing’s phone number has not been reachable, while all efforts to locate her proved abortive.

Meanwhile, a police spokesperson, Opalola said the CP Olokode had ordered the involved police officers to be detained at the State Criminal Investigation Department (CID) while the CP also summoned the DPO, CSP Ige to his office today.

Severa Nigerians while reacting decried the rate at which police brutality is rising steadily .

A Twitter user, simply identified as @Aron wrote: “Nigeria happened to her.

Another, with handle @Re_mide opined: ” Ask the police for her whereabouts.