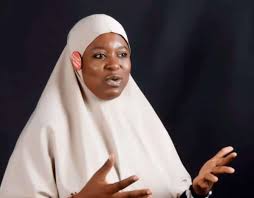 Oyogist has learned that popular human rights activist, Aisha Yesufu has opined that both religious leaders in Nigeria and political rulers need each other in order to thrive.

“The religious rulers need the political rulers to give bad governance so they can sell cheap miracles to the people.

“On the other hand, political rulers need the religious rulers to keep the people under control and not rise up against them.The people are just pawns to them.

Aisha Somtochukwu Yesufu is a Nigerian activist and businesswoman.

She co-founded the #BringBackOurGirls movement, which brings attention to the abduction of over 200 girls from a secondary school in Chibok, Nigeria on 14 April 2014, by the terrorist group Boko Haram.