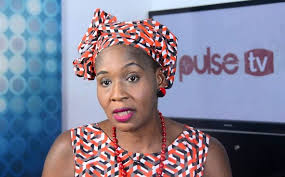 Controversial Nigerian journalist, Kemi Olunloyo has listed out some of her notable achievements on social media, Oyogist reports.

Kemi olunloyo joined the social media space over 10 years ago.

The now retired journalist had made several headlines on social media with the manner in which she critically tackle trending issues.

Taking to her social media page on Thursday to celebrate this year’s edition of social media day, kemi reflected on her previous achievements.

“Today is #SocialMediaDay Many of my achievements on SM includes my #9 ranking in the Top 10 Twitter influencers in THE WORLD 2015🙌🏽🙌🏽🇳🇬 I later changed my HNNAfrica handle to @KemiOlunloyo.