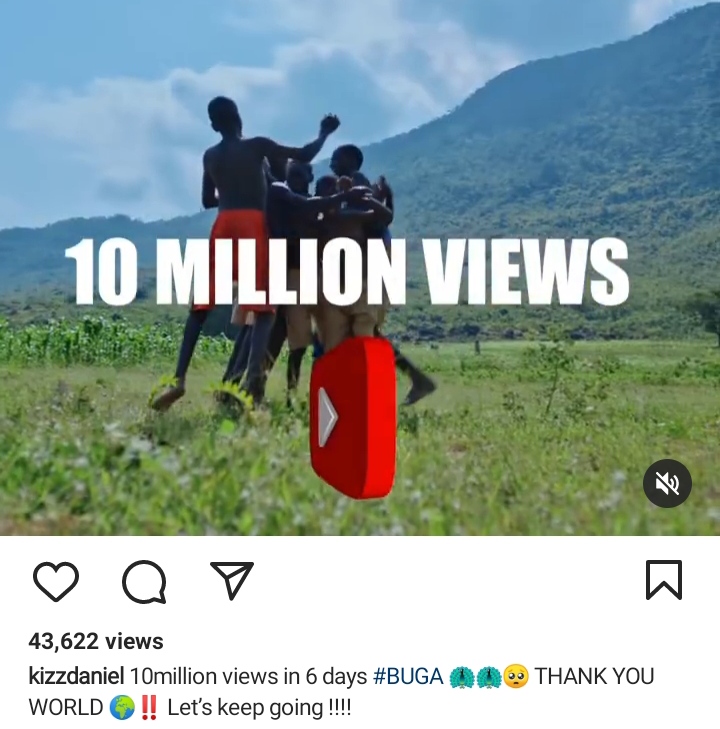 From our recent checks, the music video which was posted on YouTube in the evening of Wednesday, June 22, 2022, now has a whopping 10 Million views, incredible right?

Recall the song became an instant hit on social media shortly after its release, with several people recording videos of themselves dancing to the song.

Notable personalities that have publicly danced to the song include Liberian President, George Weah; a former Minister of Transportation, Rotimi Amaechi.