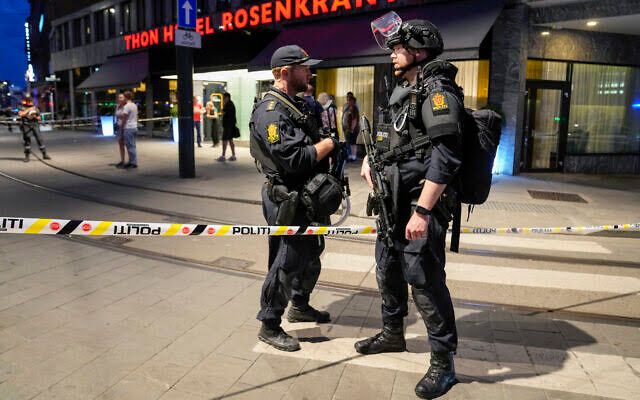 Not less than 2 people were killed and 14 others injured in a mass shooting in Oslo, Norwegian police said, as the city was gearing up for an annual Pride parade, Oyogist reports.

Police also confirmed arrest of a suspect following the shootings, which occurred around 1:00 am (2300 GMT Friday) in three locations, including a gay bar, close together in the center of the Norway capital.

The shootings happened near the London Pub gay club, the Herr Nilsen jazz club and a takeaway food outlet.Police said two weapons had been seized.

“Now everything indicates that there was only one person who committed this act,” police official Tore Barstad said during a press briefing.

An eyewitness who was present when the shooting started but managed to escape said the suspect looked very determined about where he was aiming.

“When I realized it was serious, I ran. There was a bleeding man lying on the ground,” she said.