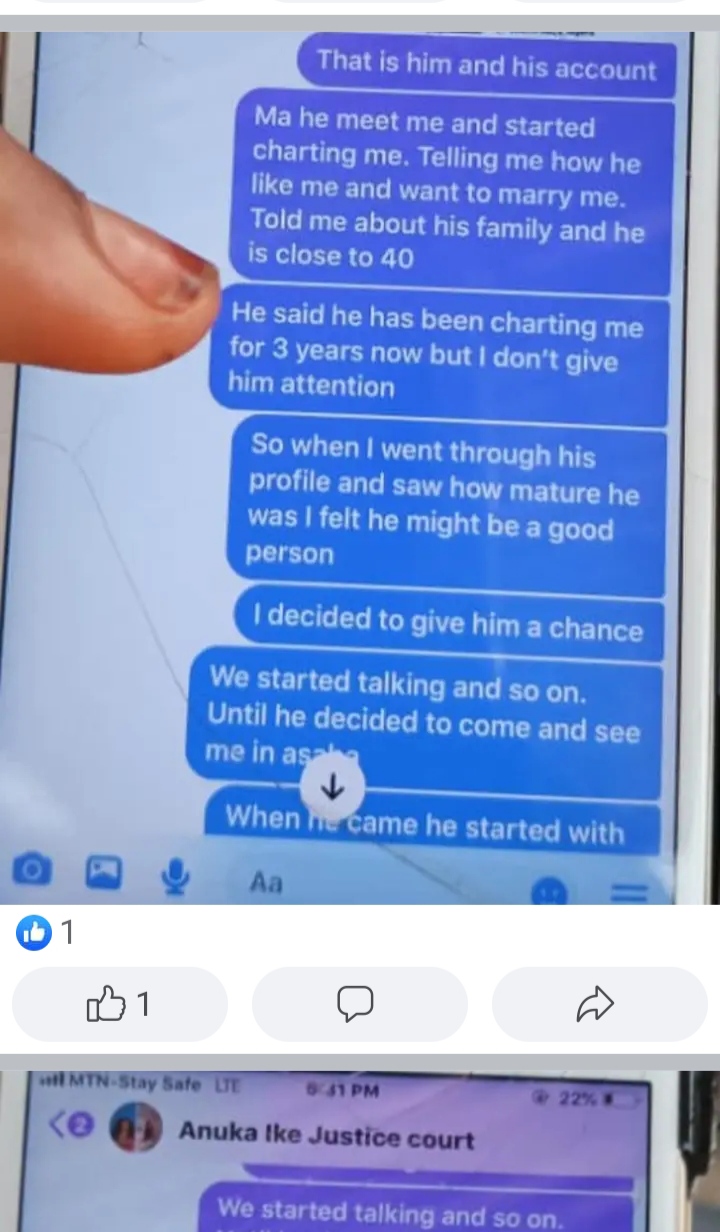 A Nigerian lady identified as Chiamaka has narrated her awful ordeal in the hands of a man who she met online, Oyogist reports.

According to her, the man had messaged her online few months ago and they started conversing.

As days went by, he finally opened up to her about a problem he was facing with the land he bought few years back.

“He said they were about to take the land from him and he needed money to fence it, she wrote.

After pleading, she decided to give him 300k while her cousin also helped with over 800k, making it a total of 1.5 Million Naira.

However, to her greatest surprise, the man whom she thought was after her heart absconded with the money and blocked her immediately.