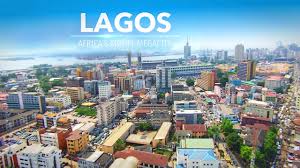 Popular Nigerian comedian, Bright has shared his reaction shortly after a new report by the Economists ranked Lagos the 2nd worst city to live in, Oyogist reports.

Sharing a screenshot of the post, he wrote:”My Lagos’

It is noteworthy that the Austrian capital Vienna made a comeback as the world’s most liveable city.

Ukrainian capital Kyiv was not included this year after Russia invaded the country in late February, while Russian cities Moscow and St Petersburg fell in the rankings over “censorship” and the impact of Western sanctions.

Also, Vienna snatched the top spot from Auckland, which tumbled down to 34th place due to coronavirus pandemic restrictions, according to the report by the Economist Intelligence Unit (EIU).