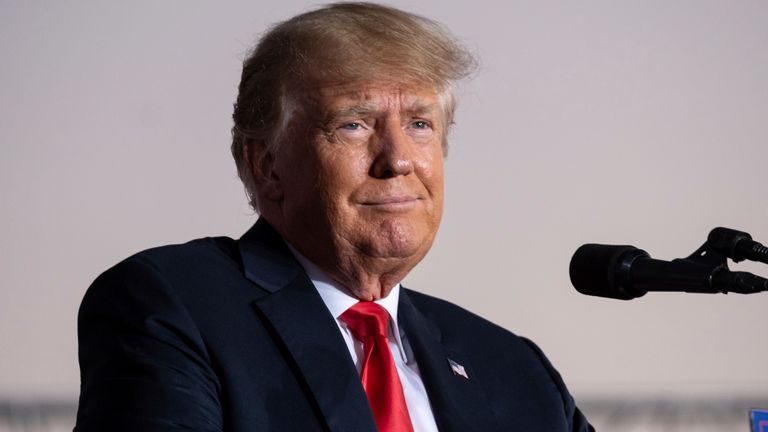 The case was filed in the US District Court in Florida, where Mr Trump has a home.

According to Trump, Twitter was “coerced” by members of the US Congress to suspend the account, which had tens of millions of followers.

Twitter was among several other social media platforms that removed Mr Trump from their services after a mob attacked the US parliament building in the 6 January riot that left several people dead.

The riot came shortly after a speech which was described by many as inciteful was delivered by Trump in which he reiterated false claims that he lost the November US presidential election because of widespread fraud.

Even if dem beg me with 20 million naira to date Mercy, I will not agree- Uche Maduagwu