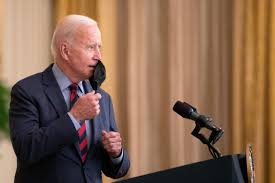 Oyogist has learned that US President, joe Biden will speak regarding the Afghanistan crisis today, after he returns to the White House.

pressure has been mounted on the president to publicly address the chaotic scenes at the Kabul airport following the collapse of the Afghanistan government to the Taliban.

President Biden’s decision to fully withdraw American troops from in Afghanistan after a 20-year conflict led to chaotic scenes in the capital city as the Taliban seized control of Several regions.

Several embassy officials, including their families and Afghans have been evacuated from the country, as fear of the new regime deepens