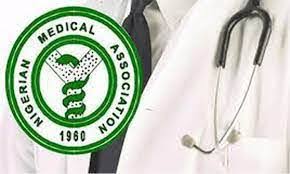 According to report reaching oyogist.com, Nigeria Medical Association NMA has chided both Federal and State Governments for the lingering strike action of the National Association of Resident Doctors which had paralyzed hospitals across the country to the detriment of the Nigerian people.

It warned that it would join forces if resident doctors were not paid all their due wages and the strike lingers.

NMA in a statement issued on Friday, signed by its Chairman on Inter Affiliate Affairs, Dr Rosemary Uzowulu, titled, “High cost of governance maintained yet payment of doctors to avert health sector destruction a failure from government”, described the ongoing strike as uncalled for if those in corridors of power were sincere.

The statement partly read: “it is most unfortunate that budget allocation for newspapers for assembly members, state governors, the presidency is approved and implemented within days of signing by Mr President, and yet the residency training allocation budgeted and endorsed cannot be implemented.

“The country in face of the high cost of governance has decided to use the health of her subject to play chess game where king and queens display the power of crown by killing their guards.

“I call on well-meaning Nigerians across the country to quickly put a stop to the strike by mandating those concerned including the state governors for state hospitals to pay the resident doctors all their due wages or stand the chance of black cloud collapse from NMA if the battle lingers.”

#Bbnaija:It has been more difficult blending with the other housemates than I thought it will- JMK