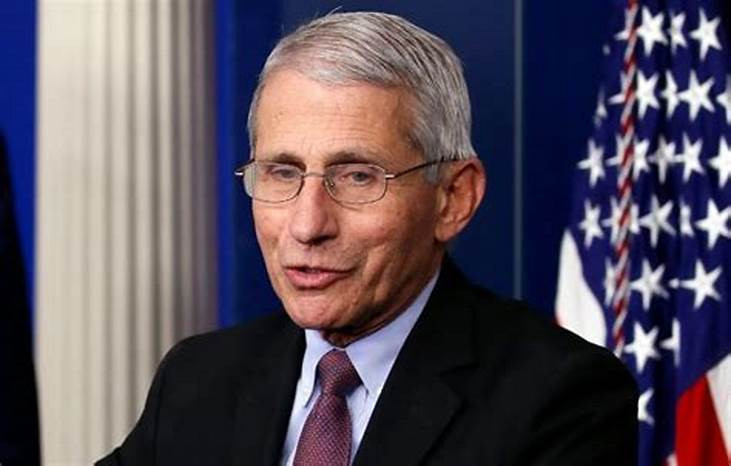 Chief medical adviser to President Joe Biden and a leading official in the fight against the coronavirus pandemic, Dr Fauci has tested positive for COVID-19, oyogist reports.

U.S National Institutes of Health said in a statement that 81-year-old Fauci is fully vaccinated and has been boosted twice.

He is experiencing mild symptoms, and has not recently been in close contact with President Biden or other top government officials, the agency said.

, the director of the National Institutes for Allergy and Infectious Disease (NIAID) since 1984, received his positive result on a rapid antigen test, and will return to work at the NIH when he tests negative, the agency added.

Fauci is reportedly taking the antiviral drug Paxlovid, which has been proven to reduce the risk of hospitalization or death.

The health expert has been a key, and at times polarizing, figure in the nation’s efforts to combat the pandemic since its start in early 2020, advising both former President Donald Trump and President Biden on the federal response.

He managed to avoid contracting COVID-19 until now — more than two years after the World Health Organization declared the coronavirus outbreak a global pandemic.

Fauci became a household name throughout the pandemic, appearing frequently alongside Trump during in-person briefings at the White House in the early days of the public health emergency and in online briefings held by Mr. Biden’s COVID-19 Response Team after he assumed the presidency.

During appearances on Capitol Hill, Fauci sparred often with Republican senators over mitigation efforts including mask-wearing and testing requirements.

His increased public profile led to threats and harassment against him and his family, he told a Senate panel in January.by Linda Ikeji at 16/06/2022 8:58 AM|0