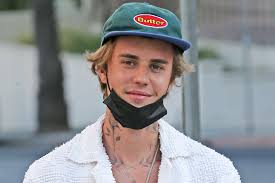 According to multiple sources, the singer cancelled the shows citing health issues.

In an announcement on his Instagram Story, the global pop icon sadly informed his fans of the postponements, writing, “can’t believe I’m saying this.

I’ve done everything to get better but my sickness is getting worse.”

Bieber, who did not reveal what is ailing him, went on to write, “my heart breaks that I will have to postpone these next few shows (doctors orders).”

He added, “to all my people I love you so much and I’m gonna rest and get better!”

At this time, new dates for the canceled shows have not been announced.

In a statement released just after Bieber’s announcement, Scotiabank Arena confirmed that the show will rescheduled.

Meanwhile, news of the postponements was met with mixed reactions from fans.

While some were quick to send Bieber their well wishes, hoping for a speedy recovery for the singer, many also expressed their sadness.