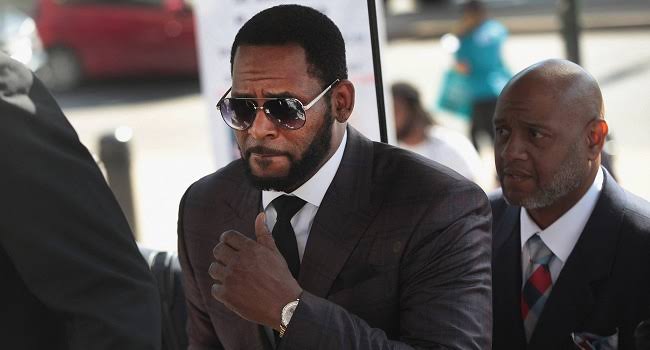 Oyogist has learned that R. Kelly, the former R&B singer who had long escaped criminal penalties despite decades of sexual misconduct allegations, was sentenced to 30 years in prison Wednesday for racketeering and other crimes.

The sentencing in Brooklyn marks the culmination of a stunning downfall for Mr. Kelly, 55, from a superstar hitmaker who was known as the king of R&B, to a shunned artist whose musical legacy has become inextricable from his abuses.

Judge Ann M. Donnelly, the judge that sentenced him said that her sentence is one “I would have imposed regardless of the guidelines.”

Donnelly spent minutes detailing instances of abuse and violence that were brought up during the trial, and addressed Kelly directly about what he did to his victims.

“These crimes were calculated and carefully planned and regularly executed for almost 25 years,” she said.

“You taught them that love is enslavement and violence.”

Prior to his sentencing, R. Kelly declined to make a statement, because of pending litigation, his attorney said.

When asked directly by the judge, he said: “Yes your honor, that is my wish.”

Judge Ann M. Donnelly told R. Kelly that “the public has to be protected from behaviors like this.”