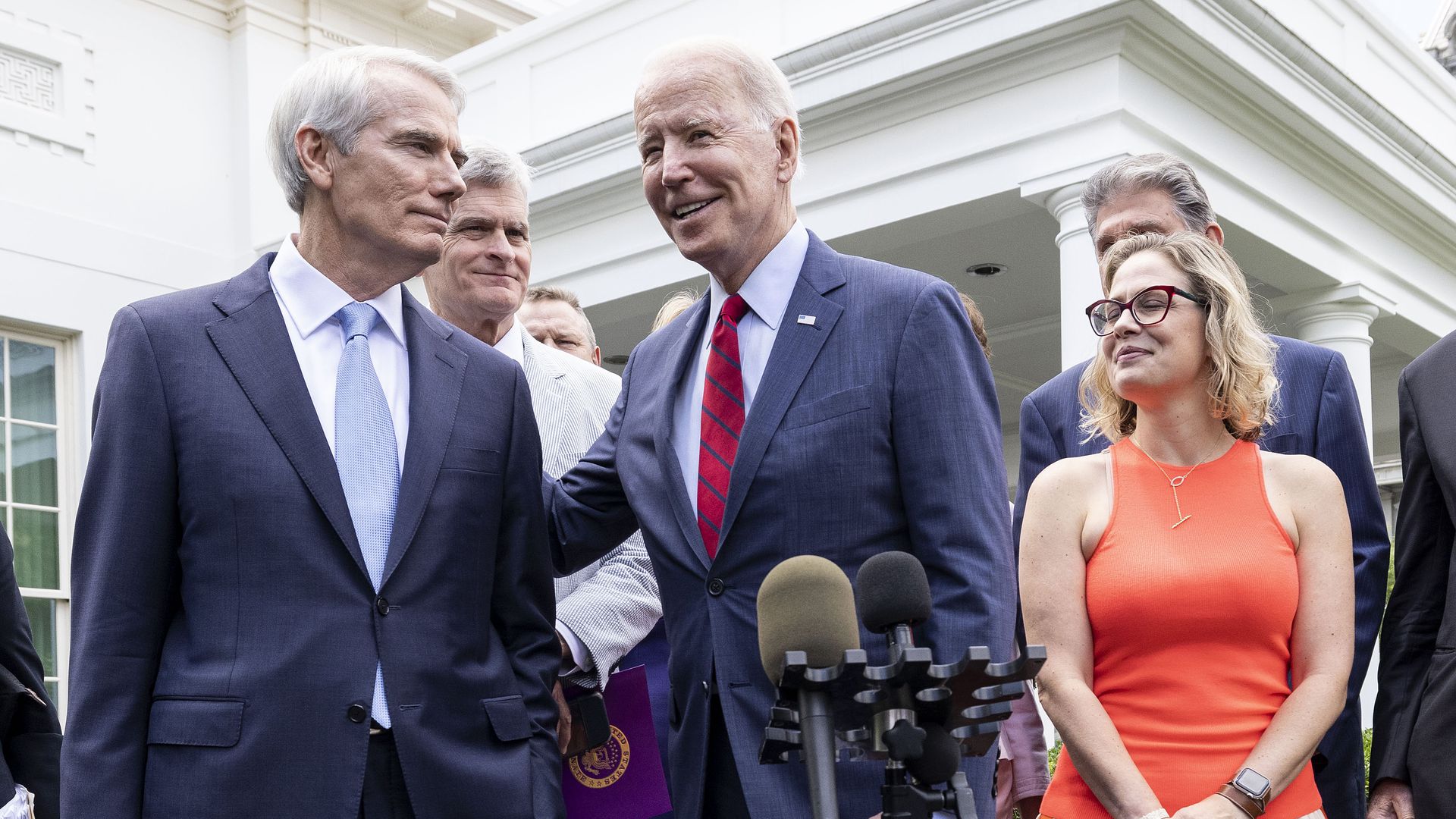 According to report reaching oyogist.com, the Senate passed a $1 trillion bipartisan infrastructure plan Tuesday, a huge step for Democrats as they try to push President Joe Biden’s sweeping economic agenda through Congress.

The legislation, which includes $550 billion in new funding for transportation, broadband, and utilities, got through in a 69-30 vote, as 19 Republicans joined all 50 Democrats. The chamber in a 50-49 party-line vote then proceeded to a budget resolution that would allow Democrats to approve what they see as a complementary $3.5 trillion spending plan without Republican votes.

“Today, the Senate takes a decade’s overdue step to revitalize America’s infrastructure and give our workers, our businesses, our economy, the tools to succeed in the 21st century,” Senate Majority Leader Chuck Schumer, D-N.Y. said Tuesday ahead of the votes.

The bill’s approval caps a months-long slog for the White House and both parties in Congress to forge a plan to refresh American roads, railways, public transit, water systems, power grids, and broadband. Congress for years failed to agree on a comprehensive infrastructure plan, which supporters in both parties say will boost the economy and create jobs.

The Senate will next vote on a budget resolution in the coming days to unlock the reconciliation process. The chamber began a so-called vote-a-rama — where the Senate considers an indefinite number of nonbinding amendments to the resolution — on Tuesday afternoon. The final vote on passage of the budget resolution will then take place.

U.S. Vice President Kamala Harris presides over the U.S. Senate and announces the vote totals of 69 Yeas and 30 Nays as the Senate passes a $1 trillion bipartisan infrastructure bill, as seen in a frame grab from video shot in the U.S. Senate chamber on Capitol Hill in Washington, U.S., August 10, 2021.