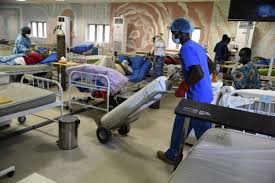 Oyogist has learned that the Delta variant of Covid-19 has now been detected in 124 territories worldwide, the World Health Organization (WHO) says.

The variant might turn out to become the dominant variant globally in the coming months, with the WHO predicting that there could be more than 200 million confirmed cases within a matter of weeks.

Meanwhile, infections are steadily rising, particularly in Europe and the western Pacific region.

The first cases of Delta Covid-19 variant was identified in India, but it has been reported in lots of countries around the world.

It is a variant of concern, meaning it has undergone some genetic changes that are potentially worrying in terms of transmissibility and vaccine escapeIn some countries, including the UK.

“I’m a moving train, I’ll crush you” – Peruzzi reacts after being called out for walking out on his fans