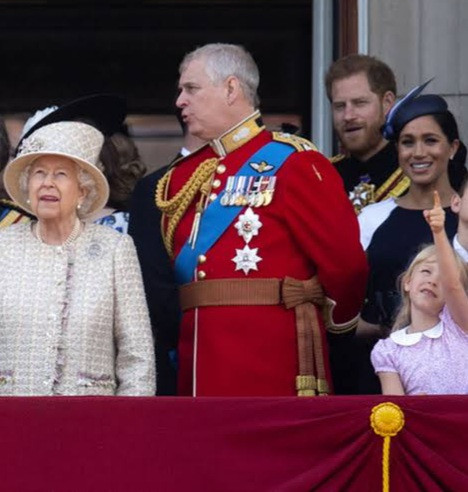 Oyogist has learned that Queen Elizabeth has banned Prince Harry, Meghan Markle, and Prince Andrew from making an appearance at Buckingham Palace balcony with other royals on her platinum jubilee.

The announcement was made today, May 6, by a Palace spokesperson.

“The Queen has decided this year’s traditional Trooping the Colour balcony appearance on Thursday June 2 will be limited to Her Majesty and those members of the royal family who are currently undertaking official public duties on behalf of the Queen,” a palace spokesman said.

The 96-year-old monarch’s decisive action to only include royals carrying out official public duties, such as Harry’s father and brother, for the Buckingham Palace parade was taken by her “after careful consideration”, the spokesperson said.

Yet there are exceptions for some of Harry’s fellow grandchildren and some of the Queen’s great-grandchildren including George, Charlotte and Louis.