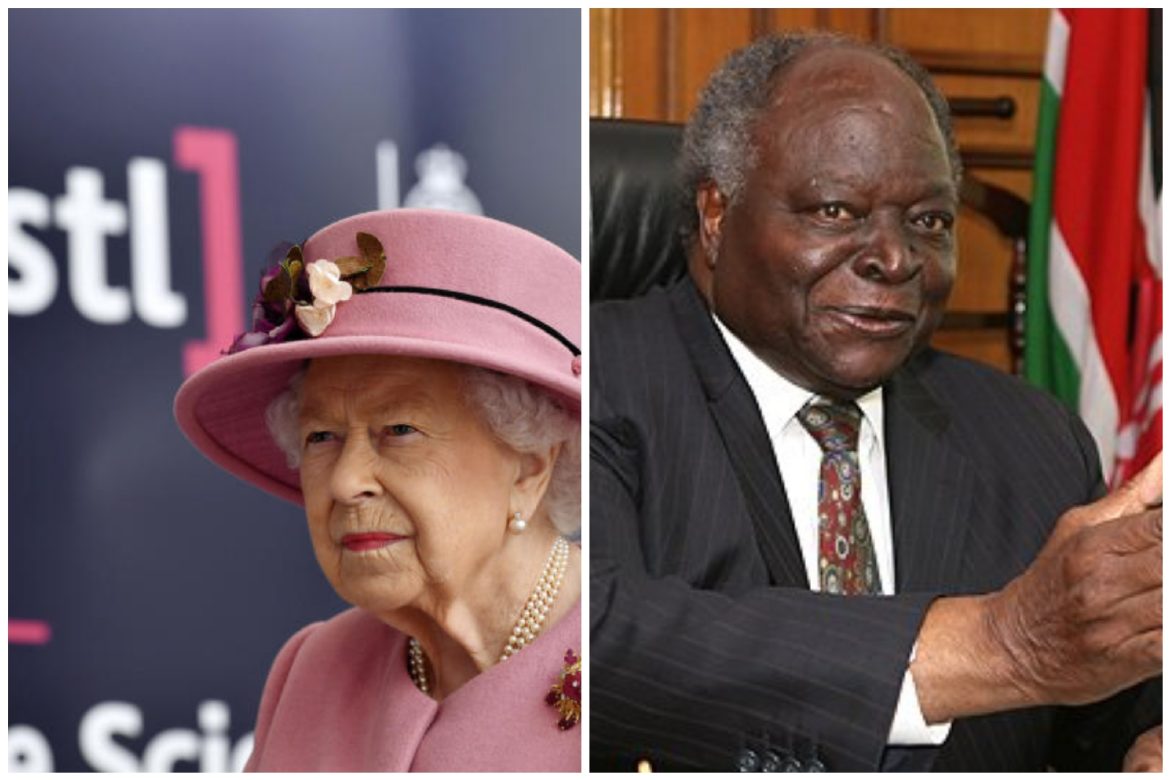 According to reports reaching Oyogist.com, Britain’s Queen Elizabeth has shared a message on Friday, mourning the death of Kenya’s third president Mwai Kibaki.

The Queen described Kibaki as a great statesman and urged Kenyans to take pride in the legacy of his leadership.

“I was sorry to receive the news of the death of Mwai Kibaki. He had a lifelong record of service to the Kenyan people. It will be of deep sadness to your country to have lost a great statesman, but Kenya can take pride in the legacy of his leadership. I send you and the people of Kenya my condolences at this loss,” the Queen said.

Kibaki, who died aged 90, will be laid to rest on Saturday at his Othaya family home after public prayers at Othaya stadium on the same day.