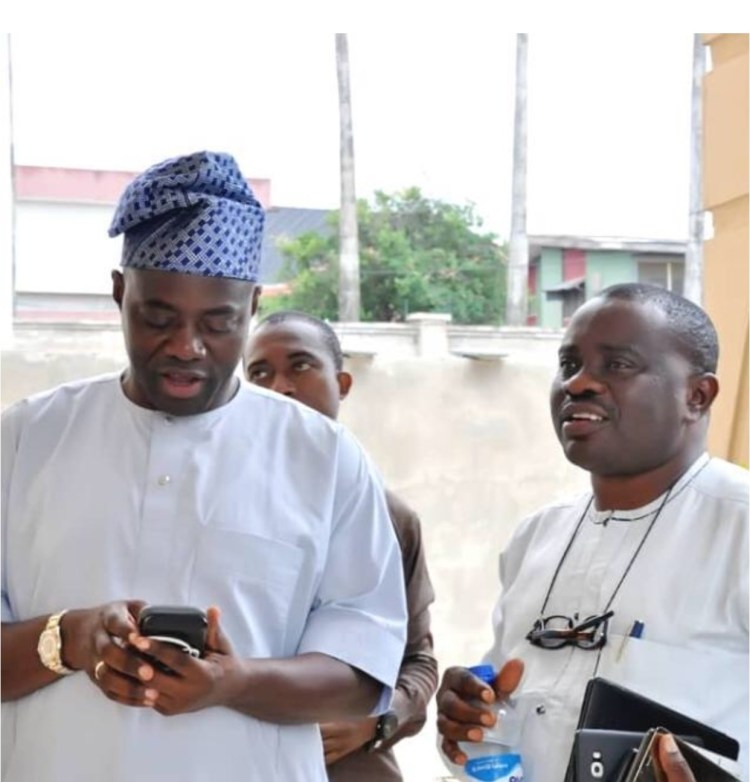 According to report reaching oyogist.com, the Chief Press Secretary to Governor Seyi Makinde of Oyo State, Taiwo Adisa says his Principal did not at any time approach France for a loan as widely reported stressing that the European Country only offered to assist Oyo State with a support facility.

Featuring on BOTTOM LINE, a political programme on IBR 92.5fm Ibadan anchored by Aanuoluwapo Omorinde, Adisa noted that the conclusion that France wants to give Oyo State a loan is too hasty.

Clearing the air, the governor’s media aide said “just yesterday, the ambassador of France came in here into the government Secretariat and she was hosted by the Governor. She came with Captains of Industry, MDs of French related companies who are willing to do business with Oyo State.

Adisa said, “They have studied Oyo State for a long time and they came up with the fact that they have seen stabilization in the State, they have seen progress, they have seen the determination of the government to improve things and all that and that for the first time, their government has approved a facility of 50 million euros to develop health care system of Oyo State.

“So, that is the intention of the French government and that is something that will be discussed further. It is not that Oyo State had gone cap in hand to France to say please come and borrow me money no! But when the details come out, you will know better. It was the Ambassador that just dropped the hint that first in history of French government providing a facility to the tune of so so amount to help a particular government.

“The details will come out and when the details of the terms come out, we will tell whether it is a loan or grant”.

Adisa also assured the people of the state that all state roads that are in critical condition will be attended to immediately after the rains.