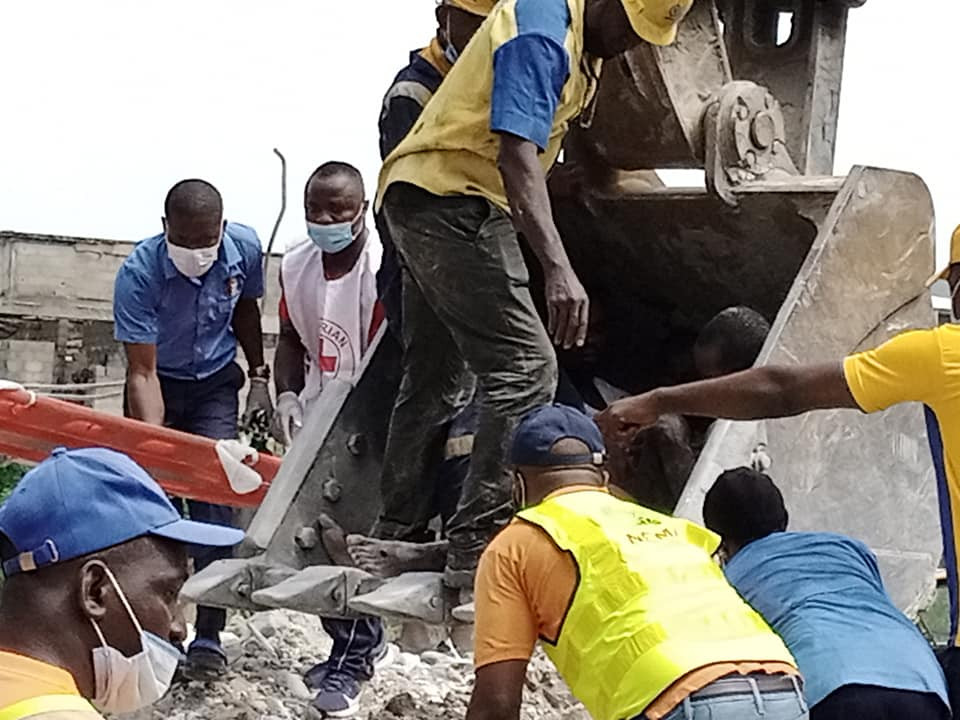 Oyogist has learned that the Nigerian emergency management agency, NEMA has rescued two victims from the collapsed building in Ikoyi.

The survivors were rescued earlier this morning.

recall oyogist had earlier reported that a building had collapsed at about a few minutes past 2 pm.

The spokesperson for the Lagos State Emergency Agency, Nosa Okunbo, confirmed the collapse, saying, “A 25-storey building collapsed by Musliu Junction, Ikoyi, Lagos. LASEMA is on top of the situation.”