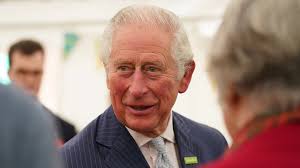 Oyogist has learned that Prince Charles has called for a more systematic shift in order to tackle the impending climate crisis.

Prince Charles said the second action needed as a “real matter of priority and justice is to safeguard and honour the rights of indigenous people and local communities who depend on the forest”.

He said: “The virtuous circle of nature is something the indigenous people of the world hold sacred and understand only too well.”This is why we should listen to and learn from their profound, intuitive wisdom.

Prince Charles Futher stated that “by contrast, we seem to have lost that vital sixth sense which should have prevented us from abusing nature in the first place”.

Today though, he said, COP26 will get in touch with those who are committed to fulfilling this promise.

The Prince of Wales said the “third important action” is the implementation of a “serious global shift in how we produce and consume goods.”

He Futher disclosed that “everything we use produce and purchase” has ultimately been created from nature’s inputs. “Frankly, we’ve all had enough talking”, he said. “So we need to put our words and commitments into practice.”

Reactions as Model, Amber Rose shows off her b**bs in Halloween costume