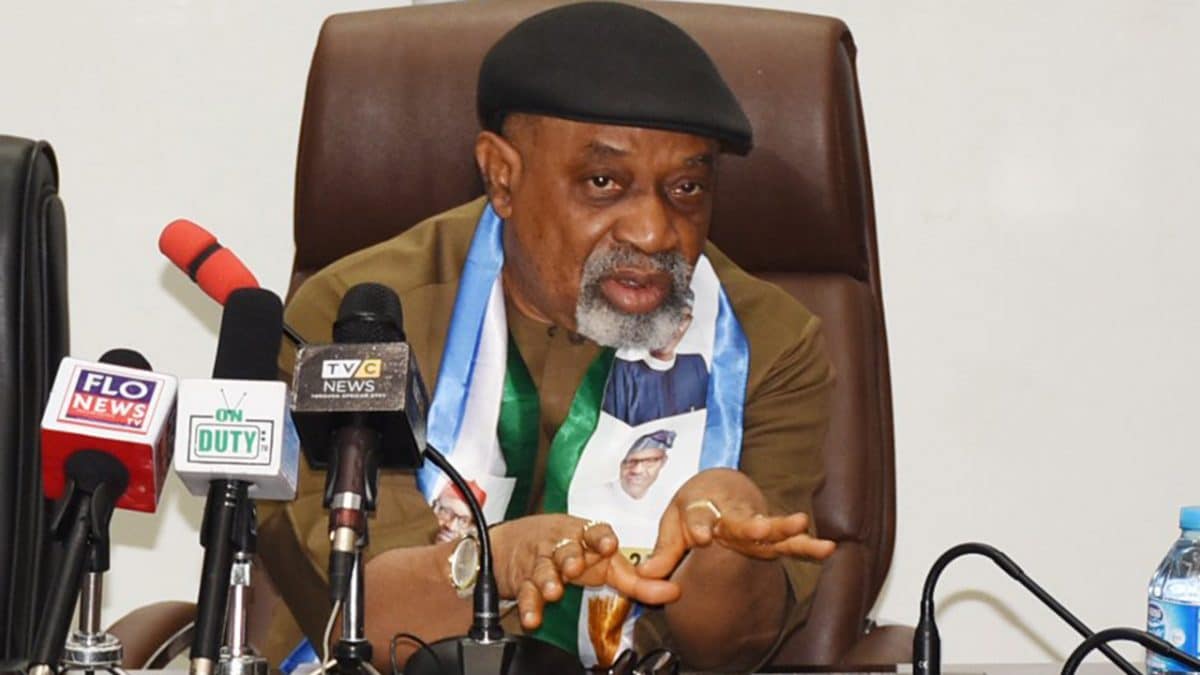 According to report reaching oyogist.com, Labour Minister, Chris Ngige said he thought doctors in Nigeria were playing a prank when they embarked on an industrial action.

On Friday, the minister assured that the government will end the ongoing nationwide strike by the National Association of Resident Doctors (NARD).

Ngige said the President Muhammadu Buhari administration was doing its best to cater for doctors.

He recalled that public health workers got N32 billion as special COVID-19 hazard allowance for three months in the first instance.

Narrating how the situation degenerated, he said in September 2020, NARD issued a notice of strike while asking for Medical Residency Training Fund (MRTF).

They wanted N542,000 each to cover the cost of books and journals for that particular examination, transportation and lodging for three days.

Ngige added that since the supplementary budget was being put together then, the doctors’ demand was included, fulfilled and they called off the strike.

The minister said by March 2021, they listed other things, complaining that Residency Training Fund was not in the 2021 budget.

”They also needed the hazard allowance to be upgraded and demanded that States should domesticate Residency Training Act.

“Before we could say Jack Robinson, they went on strike on April 1. I thought it was April fool until April 2 when we didn’t see them at work.

“I told them that, they didn’t give the mandatory 21 days notice to their employers who have written to me to complain.”

Ngige said the 2021 Residency Training Fund was eventually captured in the supplementary budget, disclosing that the funds are now available.

The federal government also approved N11.3 billion for Group Life Insurance in 2020 and renewed it in 2021, he disclosed.

The minister added that government met severally with NMA-JOHESU joint committee on hazard allowance until the unions disagreed and requested separate negotiations.