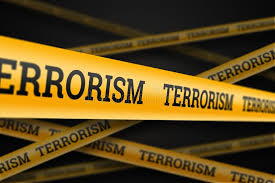 According to the National Terrorism Advisory System Bulletin, the United States is currently battling a “heightened threat environment” from both domestic terrorists “and those inspired or motivated by foreign terrorists and other malign foreign influences.”

The advisory, which remains valid until November 11, alleged that the Yemeni branch of Al-Qaeda, Al-Qaeda in the Arabian Peninsula (AQAP), had put out an English-language version of its propaganda “Inspire” magazine for the first time in over four years.

The DHS was established by the United States government shortly after 9/11 to issue out Terrorism threats.

In recent times, the United States, which considers AQAP the terror group’s most dangerous branch, has carried out a campaign of drone strikes against its fighters in Yemen since soon after the 9/11 attacks.

Feminism cannot coexist with Christ following, I fully align with Bishop David Oyedepo’s position that a wife is to be subject to her husband- Reno Omokri