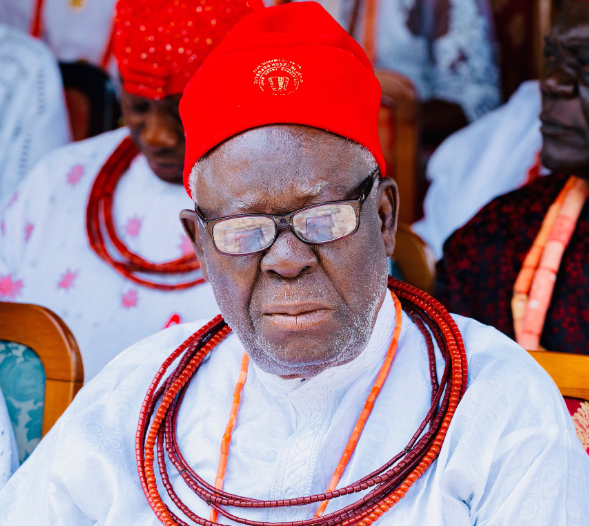 According to report reaching oyogist.com, the All Progressive Congress, has commiserated with the Delta State Governor, Senator Ifeanyi Okowa, over the loss of his father, Chief Arthur Okowa.

The party’s condolence message was contained in a statement which was signed by the APC National Chairman, Caretaker/Extraordinary Convention Planning Committee (CECPC), Gov. Mai Mala Buni, who also doubles as the Governor of Yobe state.

The statement reads in part: “A retired educationist and renowned community leader, the Owa-Alero community in Ika North-East Local Government Area of Delta State and indeed the entire Ika nation has lost a truly illustrious son.

“Delta state and indeed the country will miss late Chief Arthur Okowa’s wisdom, patriotic deposition and elderly counsel which were immensely valuable to the development of Delta state and nation.

“The exemplary character of the Delta State Governor, Senator Ifeanyi Okowa is clear testament of the sound mentoring the late Chief Arthur Okowa bequeathed to his son and other children.

“Undoubtedly, the late Chief Arthur Okowa lived a fulfilled and exemplary life. The task before us is to sustain his legacies for the benefit of the present and coming generations.

“The APC family prays for the late Chief Arthur Okowa’s eternal rest and stand with the Okowa family in this time of grief. We pray for the fortitude for all family members and loved ones to bear the painful loss.”