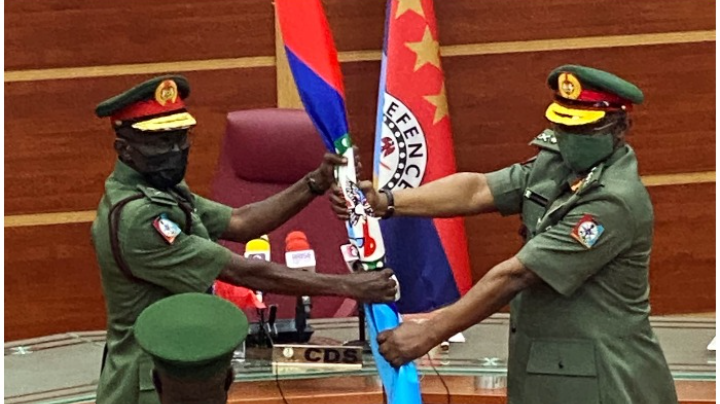 Announcing the official handing over Olonisakin tweeted, “Today I formally hand over the baton of leadership as the CDS- AFN to Maj Gen LEO Irabor.

“I wish to sincerely appreciate the President, C-in-C (Commander-in-Chief) of the AFN (Armed Forces of Nigeria), and Nigerians for the privilege to serve this great country. I congratulate Maj Gen Irabor and wish him a successful tenure.”