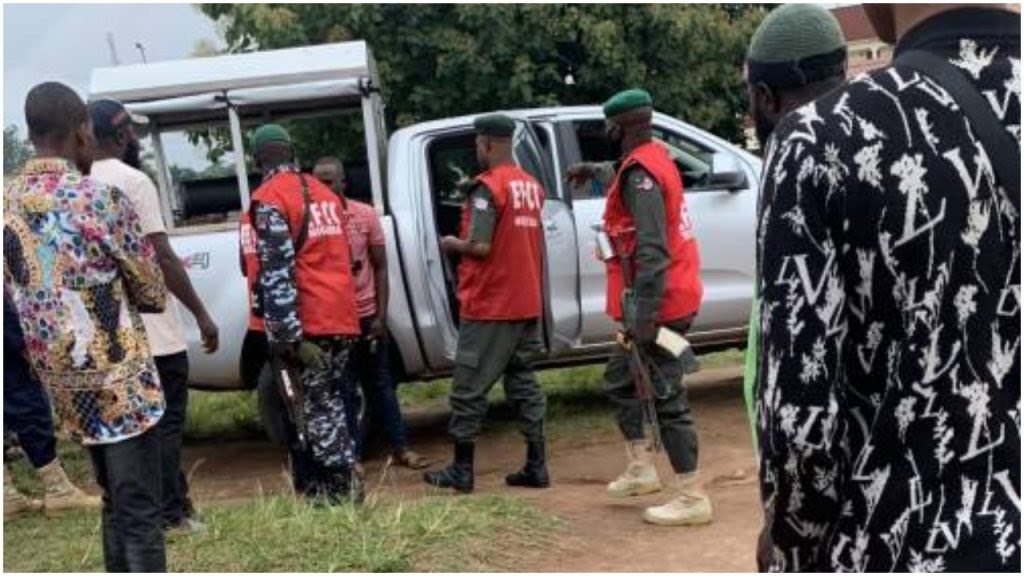 Oyogist has learned that Operatives of the Economic and financial crimes commission recently arrested two persons alleged to have engaged in vote buying in the ongoing Ekiti Governorship Elections.

In a video started on Channels TV Official Twitter page few minutes ago, the suspects were said to have been apprehended by members of the anti graft agency who arrived the election venue un announced.

Recall prior to the elections, the commission had constantly warned against vote buying.