Copyright 2021 - All Right Reserved
Home People Ekiti Resident Opens Up, Reveals Why He Sold his Vote For N5k
PeoplePolitics

Ekiti Resident Opens Up, Reveals Why He Sold his Vote For N5k 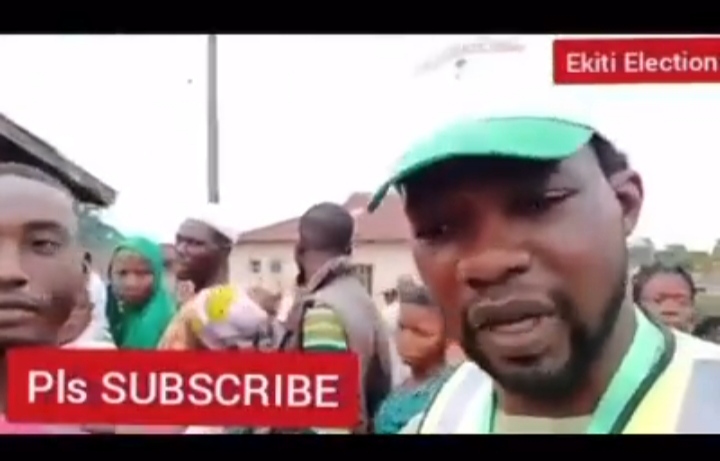 An unidentified resident in Ekiti state was recently captured in a now viral video, as he revealed why he decided to sell his vote, Oyogist reports.

In the video shared online by Deji Adeyanju, a human rights activist and lawyer, the resident said although the 5k given to him was small, he is happy that his vote was sold.

Meanwhile, Mr. Paul James, an Election observer in Ekiti State, from YIAGA, has claimed that people sold their votes during Saturday’s governorship election for as low as N500.

James told the BBC Hausa Service on Saturday that from March 2022 till date, money and other items were given to people during political occasions.

According to him, it has now changed as they now go from house to house, giving people money.