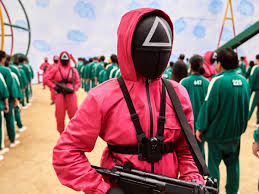 A handful of social media users have expressed their readiness to participate in Netflix Squid game contest, Oyogist reports.

Recall In the Korean drama series that inspired this reality series, hundreds of contestants play children’s games in a perverse competition that sees one winner freed from debt and the losers shot and cremated.

Netflix while announcing the contest in its recent Twitter post, says it plans is to hold the largest ever reality TV show cast.

Well, so far thousands of people worldwide have expressed their desire to participate in the contest, however many are currently wondering if they might die in the process.

See some of the reactions gathered by Oyogist Below;