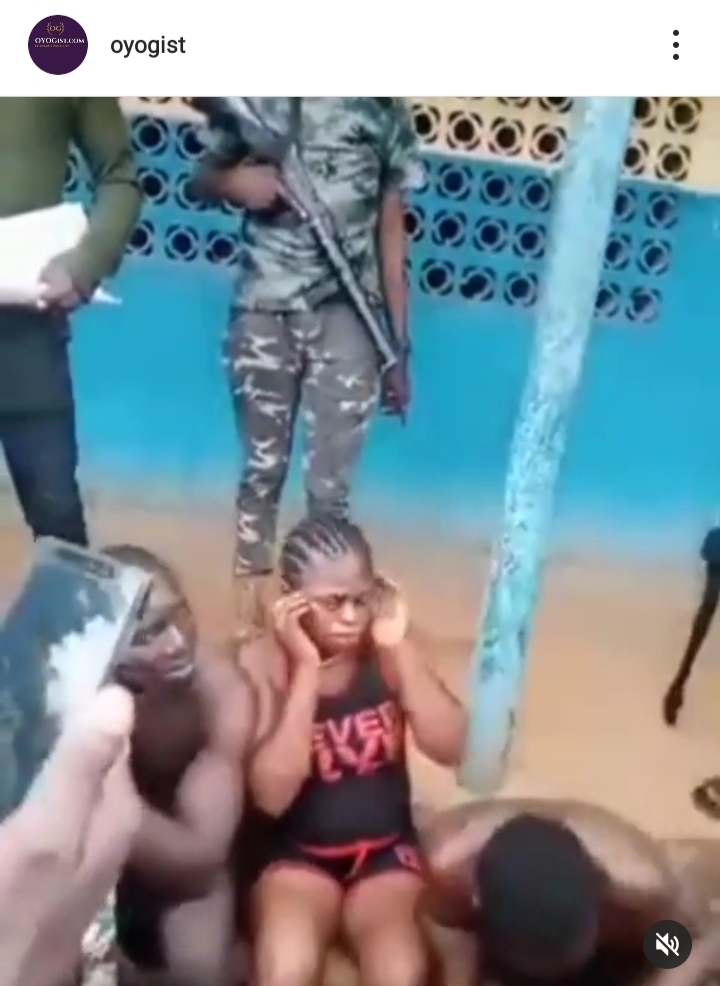 The suspects were nabbed by operatives of the Neni Police Division in Anaocha Local Government Area of Anambra State who killed one of the gunmen and arrested the four others including the woman.

In a video obtained by Oyogist, one of the suspects, a female could be seen during the parade, as several ammunitions were recovered from the gang.

An oficer could be heard in the video saying,,

“These are the unknown gunmen we encountered. They kidnapped someone yesterday and we went after them and in the course of exchanging fire, we were able to gun down this guy by name, Sam Olowo.