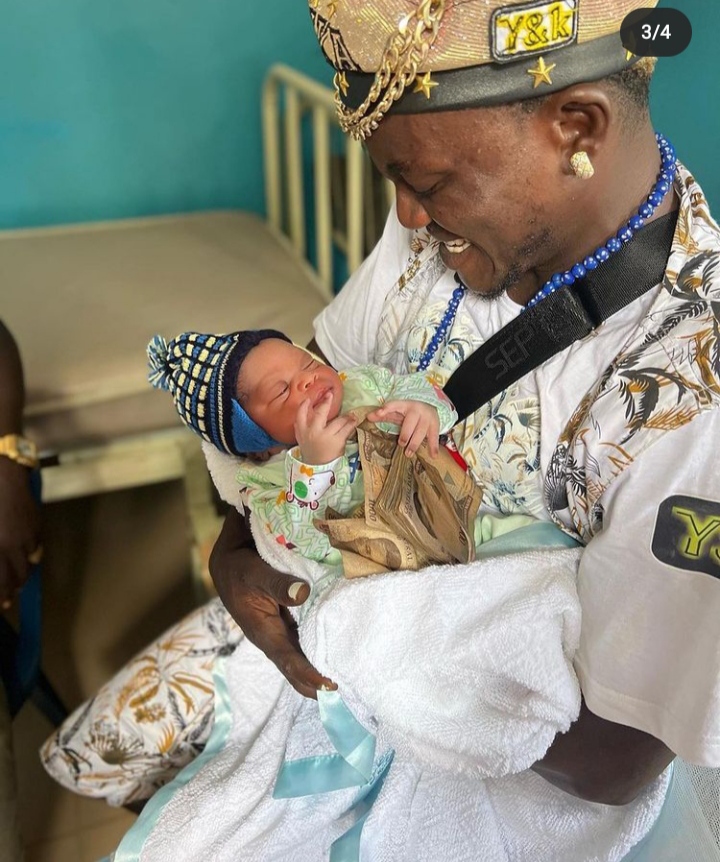 The singer and “Zazzu” crooner announced the birth of his son via his Instagram page on Tuesday, June 14.

Portable posted photos and videos of the newborn, revealing his name to be Opeyemi.

He also shared his son’s nickname which was coined from his hit single, Zazu.

Recall Oyogist had earlier reported how the Zazu cronner recently got featured in a song by an artist identified as Abiga titled “Life No Balance’, and so far the track has gathered 10000 streams on Audiomack.

Taking to his Instagram page , the singer showed off a congratulatory message sent to him by the Audiomack team.