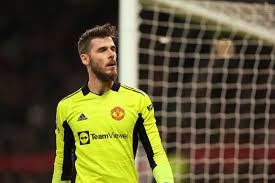 Recall the Ajax Boss was announced as Man Utd new coach, and would kick off his career next season.