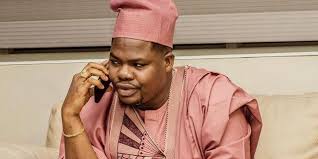 Popular Nigerian Comedian, Mr Macaroni has reacted hours after a Twitter troll advised him to stop using women in his contents, Oyogist reports.

The user, identified as Daniel Regha on Twitter had advised the ooin skit maker to change his style of comedy, which according to him isn’t appealling.

However, Mr Macaroni while reacting insisted that he won’t stop featuring women in his comedy.

“To whom it may concern: Mr Macaroni won’t stop using women in his contents.”Thank you for your understanding. you are doing well.