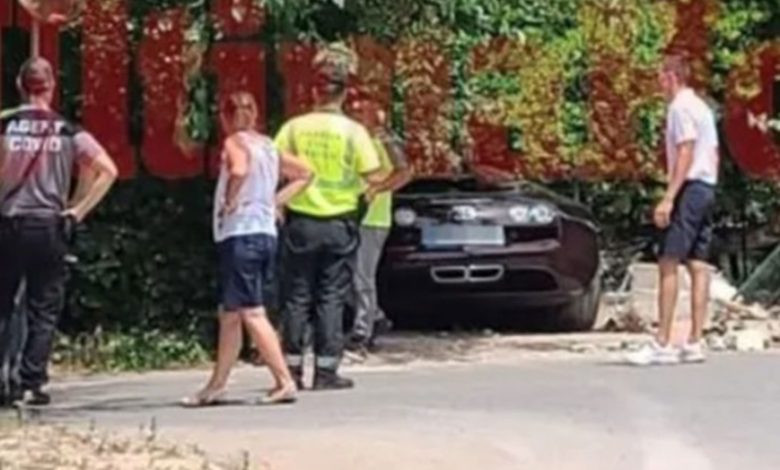 Oyogist has learned that Cristiano Ronaldo’s staff has reportedly crashed one of the two luxury cars he had shipped to Majorca for his family’s summer holiday in Spain.

The Man United striker’s £1.7million 900 horsepower Bugatti Veyron is said to have crashed in the east coast resort of Sa Coma.

An employee of the footballer was at the wheel at the time of the accident.

The accident happened around 11am this morning, June 20.

The driver was unharmed but the front of Cristiano’s expensive motor was damaged.

Recall that Cristiano jetted to Majorca with his five children and girlfriend Georgina Rodriguez on June 14. They are renting a luxury home at the foot of the Tramuntana Mountains and enjoying days out on Cristiano’s super yacht.