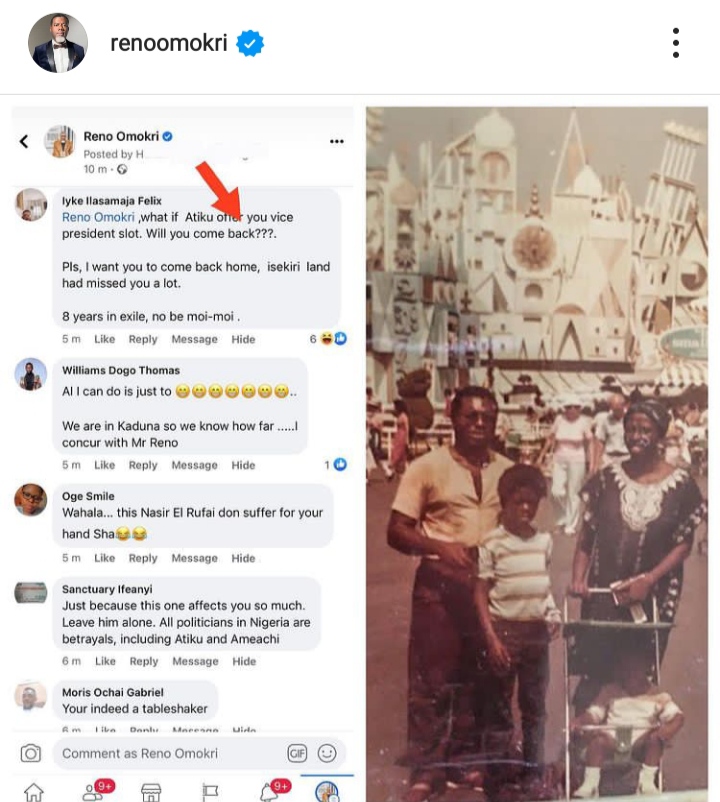 Reno Omokri, a former aide to Ex President, Goodluck Jonathan has once again reacted to claims of being in Exile, Oyogist reports

.A Facebook user had stated that Reno has so far been in exile for the past 8 years and needs to return back to Nigeria.

On seeing the comment, Reno quickly reacted, stating that he has so far spent more of his Adult Life In Europe And America and thus has no reason to return back to Nigeria.

Taking to his Instagram page, the controversial author shared a photo of his family in Disney land in 1983.

Reno further disclosed that so far, he has achieved quite a lot in his career, as he became an aide to a sitting vice President and president in his mid 30s.

“My childhood ambition was to be a number one best selling author, and God helped me achieve that in 2017.

“So keep mocking me, a man that is fulfilled. We will soon see who is really being mocked, he stated.