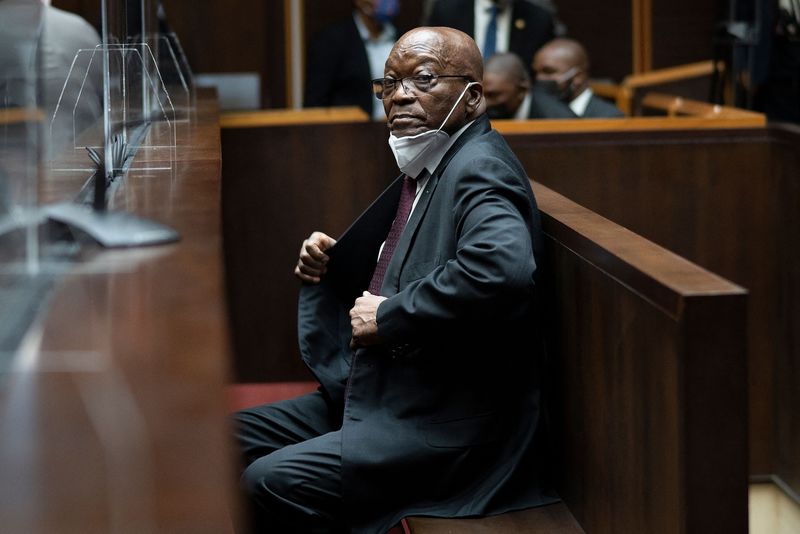 Oyogist has learned that A South African court has ordered that former President Jacob Zuma be returned to prison, after ruling that the medical parole he was granted in September was unlawful.

Recall oyogist had earlier reported that the 79-year-old was placed on a medical parole Earlier this year.

The court Declared  it unlawful and set aside”, read the ruling on Wednesday by Judge Elias Matojane.

The Department of Correctional Services said it was studying the court judgement and in due course would make further pronouncements.

Zuma, is serving a 15-month sentence for contempt of court, after he ignored instructions to participate in a corruption inquiry.