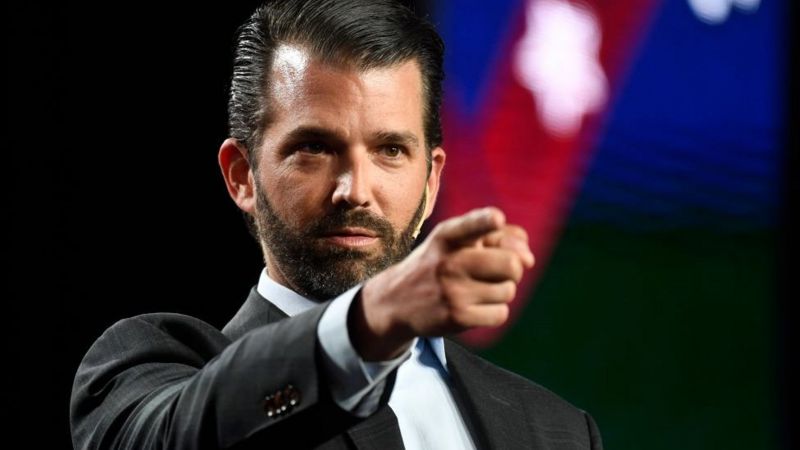 Oyogist has learned that Donald Trump’s son sent the White House chief-of-staff urgent texts calling for his father to intervene during the Capitol riot that held on 6 January.

Earlier today, a committee incharge of investigating the violence Revealed messages from Donald Trump Jr to Mark Meadows, saying the deadly riot had “gotten out of hand”.

He was one of several senior political and media figures who texted Mr Meadows with their concerns.

Although the Former president was criticised for not intervening early on in the riot.

He had eventually urge his supporters to “go home”, but not before the pro-Trump mob had stormed the Capitol building, during a congress meeting.

In the newly-revealed messages to Mr Meadows, Mr Trump Jr used strong terms to suggest his father should act.

“He’s got to condemn this shit ASAP,” the younger Trump wrote, according to US lawmaker Liz Cheney, vice-chair of the committee investigating if the former president had foreknowledge of the riot.