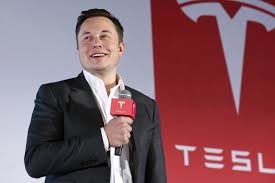 Oyogist has learned that Elon Musk the CEO of  Tesla and space X has announced that Tesla Inc. will accept payment in Dogecoin for some merchandise.

Shortly after musk made the announcement, Dogecoin rose to 33%.

Some of Tesla’s “merch” would be buyable with the digital coin, the chief executive officer said Tuesday, with products including the $150 Giga Texas belt buckle featuring the carmaker’s logo. Last month, Tesla’s $50 Cyberwhistle sold out almost immediately.

Over the years, Elon Musk has been a stern supporter of Dogecoin, a “meme” cryptocurrency featuring a picture of a Shiba Inu dog.

The tweets from the world’s richest person have contributed to its rising popularity.