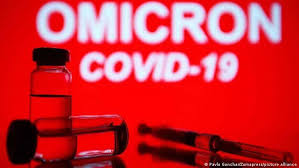 According to reports reaching Oyogist.com, the UK government has removed Nigeria and 10 other countries from its red list.

UK Secretary of State for Health and Social Care, Sajid Javid, announced this on Tuesday while addressing Members of Parliament.

According to him, the red list is “now less effective in slowing the incursion of Omicron from abroad”.

“So I can announce today that whilst we’ll maintain our temporary testing measures for international travel, we will be removing all 11 countries from the travel red list effective from 4:00 am tomorrow,” Javid added.

The red list was reintroduced in late November as a precaution after the emergence of the new Omicron variant of the COVID-19. But now all UK arrivals from those countries must pay for and self-isolate in a pre-booked, government-approved hotel for 10 days.

They must also take COVID tests within 48 hours of setting off for the UK and PCR tests within two days of their arrival.

The reversal comes just days after Nigeria said it had plans to also place the UK on a red list.

The Minister of State for Health, Dr Olorunnimbe Mamora, making clarifications on the decision on Sunday, had said contrary to claims that the plan was on a tit-for-tat basis, the move was only expected to be in the best interest of the country.

“I don’t want you to look at it from that angle, (the tit-for-tat perception). No, it’s not that,” he stated.

“In international diplomacy, I am aware that you have what we call the principle of reciprocity in which case you want to act in a reciprocal manner that another country has acted.

“But most importantly, in all these, is that as a sovereign state we have every right to determine what is best for us in terms of our interest.

“Whichever way we act, it is in consonance with what we take to be in our own best interest. So it is not an issue of tit-for-tat. It’s been done in the best interest of our country.”