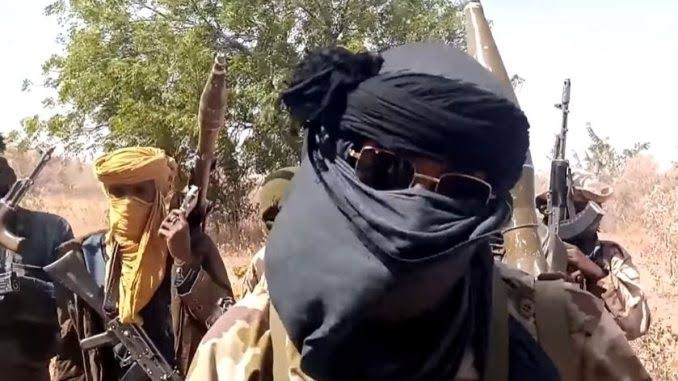 According to reports reaching Oyogist.com, Armed Bandits have abducted a mother and four of her children at their residence in “Oil Village”, Sabon Tasha community of Chikun Local Government Area of Kaduna State.

It was gathered that the abduction took place in the early hours of Saturday.

The Police Public Relations Officer in Kaduna, ASP Jalige Mohammed, confirmed the abduction in a statement.

According to him, the incident happened simultaneously with another kidnap attempt that was foiled by security agencies in same community on same day.

He said the victims were taken to an unknown destination, saying efforts are ongoing to ensure their safe return.

The Police Spokesman said the Command received a distress call from the first community at Sabo GRA as the bandits were forcing their way into a house but the attack was foiled based on security agents’ quick response.

“Unfortunately, it was discovered that the bandits operated simultaneously with one at oil village in the same Sabo Location where they kidnapped a woman and her four (4) children to an unknown destination,” he said.

Jalige added that investigation into the two incidents has commenced.

He said the Command is deeply saddened by the setback but is doing everything possible to restore normalcy within the public space in line with the directive of the Inspector General of Police IGP Baba Usman Alkali.

He urged members of the public are urged to promptly report suspicious situations and incidences to elicit a quick positive response from the Command.