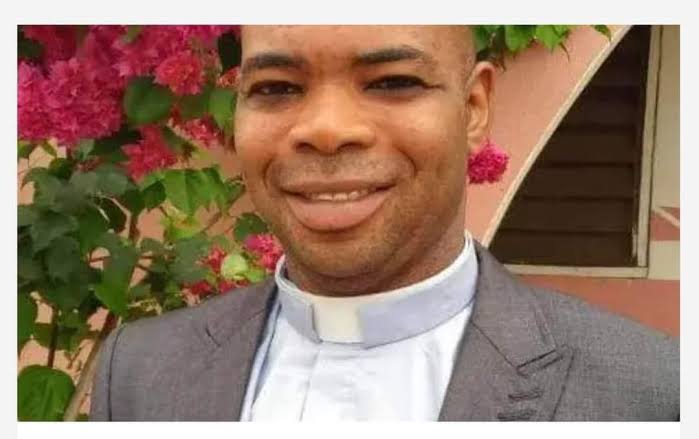 Oyogist has learned that an Edo Catholic priest, Rev. Fr. Christopher Odia, who was earlier abducted on Sunday has been killed by his abductors.

Odia was reportedly coming out to go for Sunday Mass at St. Michael Catholic Church, Ikabigbo when he was abducted.

Few hours after the news of his kidnap, it was announced that the priest had been killed by his abductors.

The Catholic Diocese of Auchi confirmed the death of the priest in a statement made available to The PUNCH late Sunday.

The statement, signed by the Director of Social Communications of the Catholic Diocese of Auchi, Rev. Fr. Peter Egielewa.

It read in part, “With heavy hearts but with total submission to the will of God, we announce the death of our priest Rev. Fr. Christopher Odia, who was killed by his abductors after being kidnapped this morning 26th June 2022 at about 6.30am in his rectory while coming out to go for Sunday Mass at St. Michael Catholic Church Ikabigbo, Uzairue, Edo State.

“Until his death, Fr Odia was the Administrator of St Michael Catholic Church, Ikabigbo and also the Principal of St. Philip Catholic Secondary School Jattu. He was aged 41. May his soul rest in peace.

“Burial arrangements will be announced by the Diocese later.”