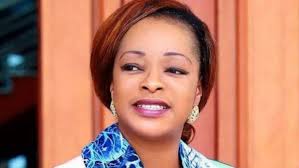 Oyogist.com has learned that Benin opposition leader, Reckya Madougou, was sentenced this Saturday to 20 years in prison for terrorism.

The former justice minister appeared on Friday before a special court in the capital, Porto-Novo.

Reckya Madougou is accused of orchestrating an operation to assassinate political figures, prevent elections and destabilise the country.

Madougou however rejected the accusations.

The former justice minister tried to be a candidate in last April presidential elections but her candidacy was rejected.

The scrutiny led to the re-election of president Patrice Talon with over 86% of the votes.

Last Tuesday, the special court sentenced another key figure of the opposition, Joël Aïvo, to 10 years in prison.

Critics of the president say that the special court is being used to silence the opposition.