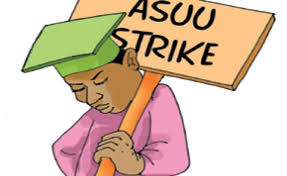 Oyogist.com has learned that Nigerian universities might embark on yet another strike action as the Academic Staff Union of Universities (ASUU) issue a three-week ultimatum to the Federal Government to address all issues in the December 2020 Agreement.

He warned that the union might be compelled to embark on another nationwide strike should the government fail to implement the Memorandum of Action signed with ASUU prior to the suspension of the last industrial action.

According to the ASUU President, all the issues, including those of unpaid academic earned allowances and the universities revitalization fund have not been addressed almost one year after an agreement was reached.

The ultimatum is part of the resolution from ASUU’s NEC meeting held in Abuja.

The union had in March 2020 embarked on strike action following its disagreement with the government over the funding of the universities and the Integrated Payroll and Personnel Information System (IPPIS) among others.

ASUU, however, developed the University Transparency and Accountability Solution to replace IPPIS and had several meetings with the Ministries of Finance, Education, Labour and Employment, and the Office of the Accountant General of the Federation before it was approved but yet to be implemented.