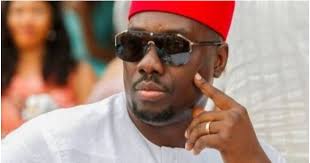 Oyogist.com has learned that Business mogul, Obi Cubana, has temporarily shut down his Abuja club, Hustle and Bustle after a female client was allegedly electrocuted in the club building.

The news of the girls date was shared by a Twitter user @AaesAae who wrote;

”’Ayoung girl that went to Hustle and Bustle last night got electrocuted. So so sad!”

The club confirming this incident has released a statement saying it has shut down its operations till further notice following the death of its client.

The statement was reshared on IG by Obi Cubana.