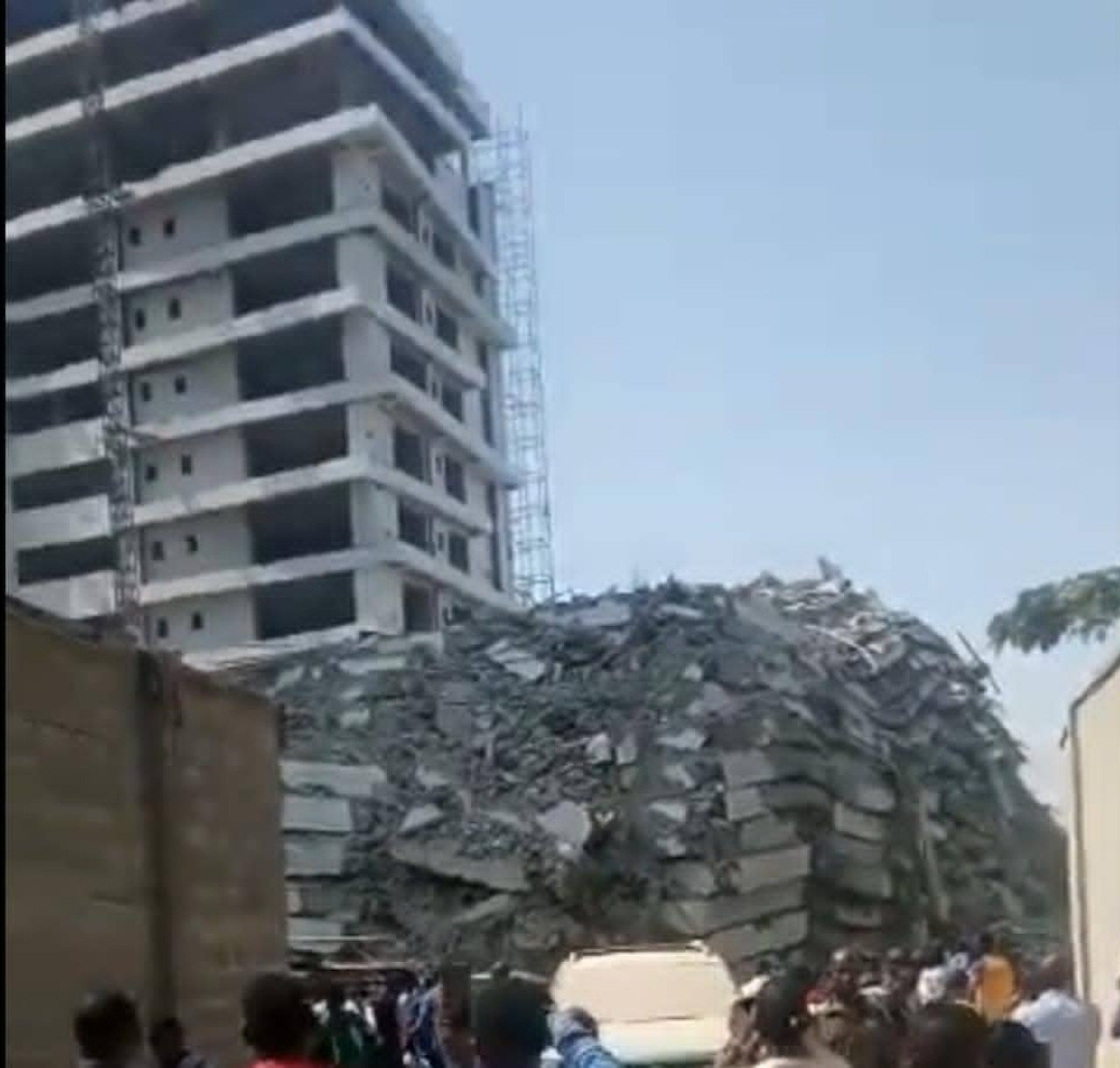 According to report reaching oyogist.com, a pastor of the Redeemed Christian Church of God, Ola Ogunfuwa and 22 of his workers are among those stuck in the rubble of the 21-storey building that collapsed on Monday on Gerrard Road, in the Ikoyi area of Lagos State.

The pastor, who is in charge of the Living Water Parish in Ibafo, Ogun State, was said to be working as a contractor on the project but has not been heard from or been identified among those rescued or brought out lifeless.

A friend of Ogunfuwa and an RCCG pastor, Omotosho Shola Emmanuel, confirmed to our correspondent that the victim doubled as an engineer and came with 22 other artisans, comprising bricklayers and welders, from Ibafo to work in the building.

He said, “I am here this morning because one of my pastor friends is working here, he is an engineer. He came with about 22 people all the way from Ibafo (Ogun State) to work here; labourers, bricklayers, welders, about 22 different guys that came together with him to work on the project.

“Till now, out of those that have been rescued, we’ve not seen any of those 22 and he himself is still there because we learnt that yesterday (Monday), at break time, he came out to eat but as he was about washing his hands to eat, he was summoned by one of his bosses and he went back inside but about five to 10 minutes later, the building collapsed and he was trapped.

“He is still there now and we pray that God will have his way upon those still there.

“As a church, we prayed all through yesterday night and we’re still believing that there is nothing God cannot do because we know that people are still many there, they said they are over 50.

“The ones they’ve rescued are not up to 10, definitely we are still expecting more people to be rescued,” Omotosho added, praying God will bring more survivors out.