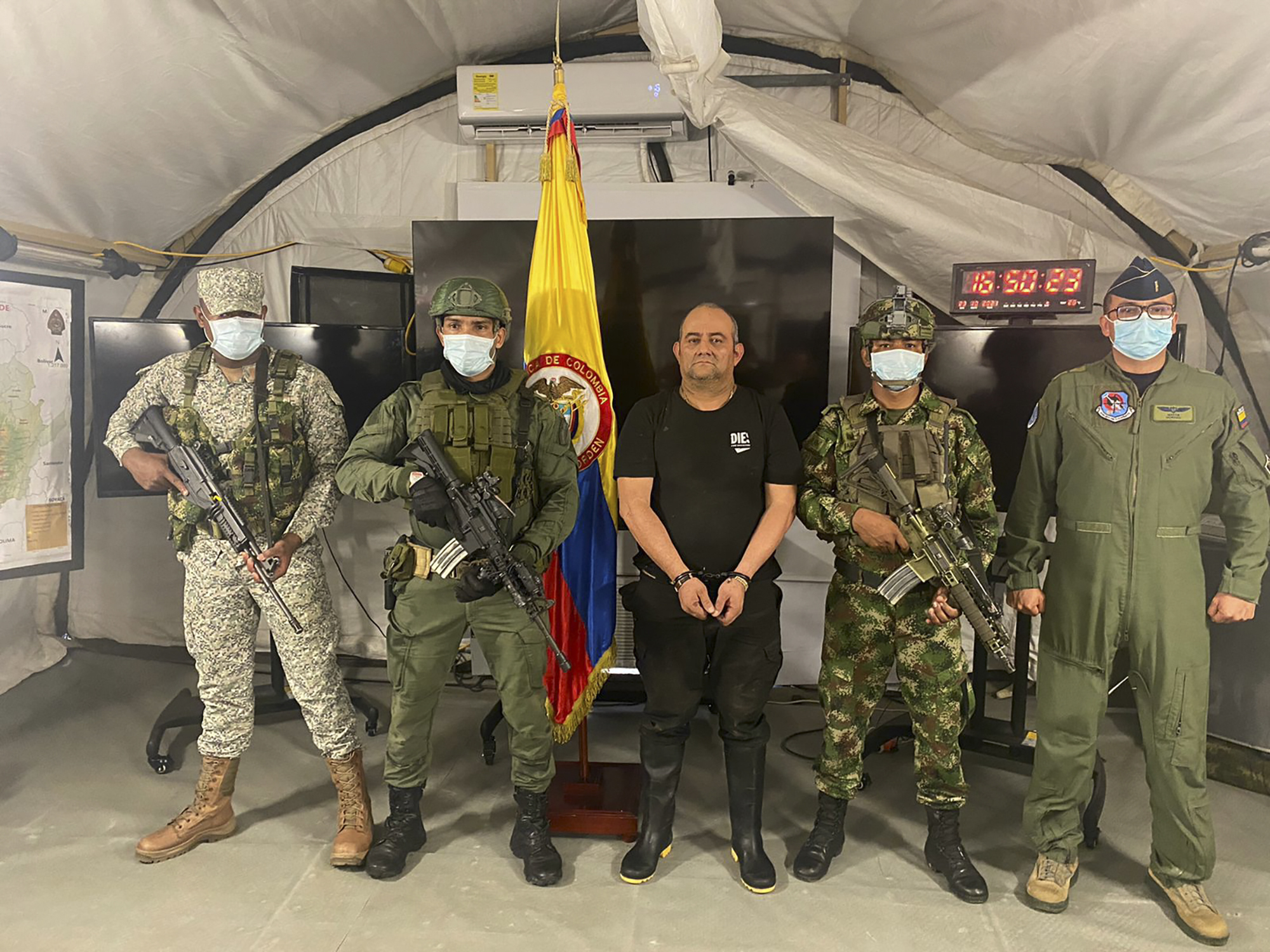 According to report reaching oyogist.com, Colombia plans to extradite the man it calls the world’s most dangerous drug trafficker to the United States where he is wanted on a number of charges.

Dairo Antonio Usuga, known as Otoniel, was captured by Colombia’s armed forces during an operation in a rural area of Colombia’s Uraba region on Saturday. The raid involved more than 500 members of Colombia’s special forces and 22 helicopters, Aljazeera reports.

Colombia’s government will file a petition today with the Andean country’s Supreme Court to extradite Otoniel to the United States, Justice Minister Wilson Ruiz told the Reuters news agency on Sunday, adding the process could take four weeks to complete.

“Extradition awaits all those who commit international crimes,” Defence Minister Diego Molano told journalists in Necocli, close to where Otoniel, 50, was caught.

Otoniel is accused of exporting hundreds of tonnes of cocaine each year and had been on the wanted list of the US Drug Enforcement Agency for years. US authorities had offered $5m for information leading to his capture.

Al Jazeera’s Alessandro Rampietti, reporting from Botoga, said the US had first indicted Otoniel back in 2009 and additional charges were filed in New York and Miami in 2015.

“He is wanted on a number of charges that he will eventually have to answer to,” Rampietti said.

Colombia had also offered a reward for Otoniel – up to 3 billion pesos (about $800,000) for information concerning his whereabouts.

Both rewards will be paid, Molano said, while describing Otoniel as “the worst kind” of criminal.

Otoniel was the leader of the drug-trafficking group Clan del Golfo, or Gulf Clan, which operates in 12 of Colombia’s 32 provinces, and counts some 3,800 members, according to information provided by Colombia’s national police.

Clan del Golfo is also involved with illegal mining, and the government accuses the group of threatening and killing community leaders across the country.

Otoniel trafficked as much as 200 tonnes of cocaine a year with the Clan del Golfo, and is responsible for the deaths of more than 200 members of Colombia’s security forces, the defence ministry said in a statement.