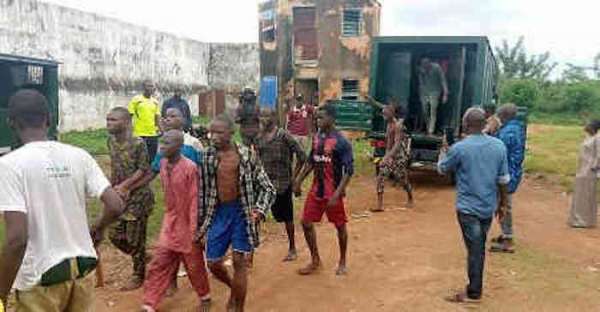 According to report reaching oyogist.com, No fewer than thirteen inmates who escaped from Abolongo Custodial Centre of the Nigeria Correctional Service, Oyo State on Friday night have been arrested by the police in Osun State communities.

It was gathered that the police, with the help of residents, arrested the fleeing inmates in the communities in the Ejigbo Local Government Area of Osun State on Saturday night.

“Our men have rearrested inmates who escaped from the Abolongo Custodial Center.

Opalola noted that the inmates will be transferred to the State Criminal Investigation Department in Osogbo for proper handing over.